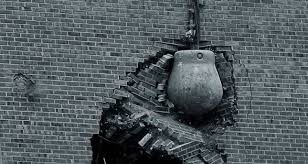 A few nights ago while at work I was listening to several of my coworkers talk and their conversation piqued my interest. I listened fascinated, but the more I heard the more I began to doubt myself, my actions, my decisions.

“My husband is always telling me I don’t put his needs first.”

“Same with mine, he seems to forget that I am working two jobs and doing the laundry, cleaning, cooking, and taking care of the kids. Maybe he can stop playing video games and help me out a bit if he wants more attention!”

“I never seem to be able to show him enough love. He is so insecure.”

“I am at the point now that if he told me he was with another woman, I would laugh and divorce him.”

I was both astounded and dismayed.

I thought back to common complaints that I heard as well, about not meeting his needs, how he didn’t hear “I love you” enough (despite the fact he heard it on a daily basis), and how I didn’t spend enough time with him. It seemed that no matter how hard I tried I could never quite meet his needs for attention, affirmation, and admiration. And then I began to worry. I have done this from time to time, where I begin to think back and worry that I didn’t see things quite right.

I recounted these comments and my fears to a friend and was quickly reminded, “Sure you heard all those things but that is not at all what brought you to make the decision that you did. There was so much more to it than that.” I remembered back to another time when I was worried about whether or not I was seeing things correctly. This time was pre-divorce though. It was a crucial moment for me.

I have mentioned on my Facebook page for this blog an author by the name of Leslie Vernick. She wrote a book titled “The Emotionally Destructive Marriage.” I had come across it in some of my research but it was specifically recommended to me by my counselor. I had read another book by her, as well as ones by other authors, but they were all telling me to keep on doing what I was already doing: praying, working on myself and trying harder. When I told my counselor that I had already read Leslie’s book “How to Act Right When Your Spouse Acts Wrong,” she replied’ “You are way past that point. This is for people who have common marital issues and need help with those. This is not for you.”

I purchased this new book and nervously began reading. Chapter one: “Are You In An Emotionally Destructive Marriage?” Oh boy. I was worried that I was seeing everything wrong and was overacting and was going to find out I was just in what she called a “disappointing marriage” rather than a destructive one. She gives some examples in the beginning of the chapter and after I read them, I thought to myself “That’s it?” What I had been experiencing was much worse that.

Then there is the quiz starting on page 18. You are to answer each of the 61 questions by circling “Often….Sometimes…. Rarely…. Never.” I didn’t bother getting a pencil out and took the quiz mentally the first time through. I reached the end of the quiz: the moment of truth. <Holding breath> I read these words:

“If you answered more than two questions with Often, your marriage may become or is becoming destructive.”

Two?!? That’s it??? I knew I had answered quite a lot more than just two that way. I went to get a pencil.

The second time I took the the quiz, I used the pencil then went back to tally up my answers.

I went on to read:

“If you answered Often for more than five questions, it is definitely destructive.”

I was stunned. Not only was my marriage destructive it was very destructive.

Before I continue on I want to mention something very important. At that time we still had one joint Amazon account. All products viewed and purchases made could be viewed by either of us. After seeing this book in my search history, my former husband went out and purchased the book for himself. Something that made me a bit nervous. Turns out it was a good thing, albeit temporary.

He took the quiz himself and actually scored himself way worse than I did. (As in far more often  and sometimes than I had given him) As he continued to read he found himself described within the pages of the book. He saw himself clearly. He was abusive.

This was a temporary revelation. After meeting with someone he sought out for counseling, someone well known within our fundamentalist circles, a former administrator at Northland International University, he changed his tune. I will tell about this experience more in another post, but in short, after meeting with him, he became convinced that this was merely a marriage problem and I needed to recognize my contribution to the problems. This was the last time he ever agreed with anything he had read in this book.

This was the first time I truly saw that I was not crazy or over-sensitive or just misunderstanding my husband. All of those things that fell under every category of abuse, as laid out by the U.S. Dept. of Justice, were really just that. Abuse. And it was wrong.

I found out another thing about my marriage through this book. God did not value the institution of marriage more than he valued the people who are in it. Is marriage a covenant? Yes. Does God take it seriously? Yes. Are we to take it seriously? Yes. So does that mean we should endure the abuse the best we can for the glory of God? NO. God is not glorified in that behavior.

I learned another thing. I thought it was my duty to submit to my husband as my final earthly authority unless he compelled me to do something that is clearly against God’s law. Oh, I am sure you have heard many of the same examples that I have heard. If your husband asks you to cheat on your tax return or get involved in some form of illegal activity you should refuse under God’s authority. What I learned though, is that as a “help meet,” the biblical term for the role of the wife, I was to also hold my husband accountable for his behavior.

So that meant, if he were acting in an ungodly manner it was actually my God given duty to call him out on it. To confront him in love, but not to just let it slide. Somehow, along the way, I had grossly misunderstood my role as a wife and what that was supposed to look like in the trenches. This is another big topic that requires a post of its own, because I believe I am not alone. I want to explore this topic thoroughly because I believe it will make an immense difference in the lives of other women who find themselves in this particular situation.

The first chapter, the quiz, the rest of this book was revelatory. I trembled as I read some things as if they were my own autobiography, underlining and highlighting, running to read portions out loud to my parents.

I still had not decided that it was the end of the marriage however and Leslie does not use this book to advocate for that. I was still wanting to reconcile and that was my ultimate goal. It was not until he made some specific choices and lied about them that I knew that it was never going to change. I had given him his last of thousands of chances and he chose.

My marriage was not just disappointing. It was emotionally destructive. Year after year I tried to do my part to make it better and the harder I tried the worse it got. It was actually becoming dangerous for me as he began to spin out of control.

Are you in a destructive marriage? I challenge you to read the book and find out.

Out of the ashes: Part II

Minimizing: a subtle form of gaslighting 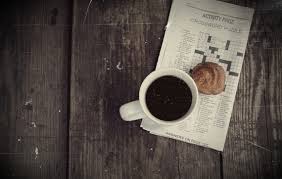 Be more loving and other bad advice